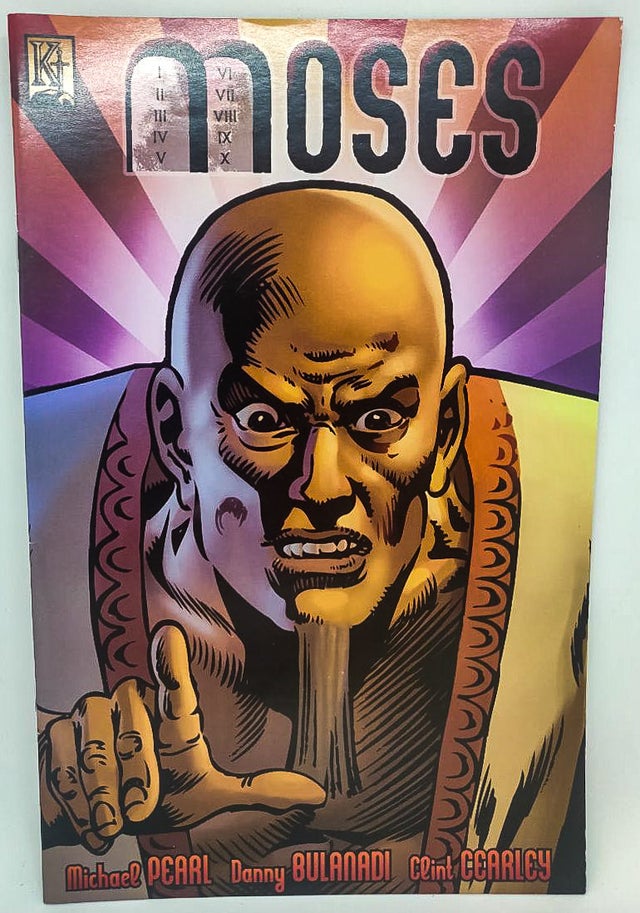 Moses is one of the leading figures in the entire Old Testament and the man chosen to bring the Hebrew people out of the bondage of slavery and into the land God had promised Abraham and his offspring.

The descendants of Abraham lived in peace for several generations until a pharaoh arose who enslaved the Hebrew people and used them as slaves for his massive building projects. God blessed the Hebrew people with rapid numeric growth and as they grew in numbers the Egyptians began to be afraid. When Pharaoh ordered the death of all male children born to Hebrew women the mother of Moses attempted to save her child by placing him in a basket and putting it into the Nile. As a part of God’s divine plan, the basket was found by Pharaoh’s daughter who adopted him as her own and raised him in the palace of the pharaoh himself.

But as Moses became an adult he saw the suffering of his people and took matters into his own hand by killing an Egyptian beating a Hebrew slave. To escape punishment for this murder Moses fled into the wilderness for 40 years but encountered God at a burning bush. Returning to Egyptian at God’s command, Moses and his brother Aaron, go to Pharaoh in God’s name and demand that he let the people go to worship their God. Pharaoh stubbornly refuses, which begins the ten plagues of God’s judgment on Egypt, with the final plague being the slaying of the firstborn. Before this final and great plague, God gives Moses the Passover to commemorate God’s saving act in redeeming His people from bondage in Egypt.